Our first project kicks off, the Mure Place planters and seats renewal and renovation project got underway on Saturday 15th, led by Iain Oliphant. The benches will be upgraded and the planters which have reached the end of their life renewed.

This project would modernise and improve the existing facility, allow members of the community an area to sit and socialise, as it is a central point within the village and vastly improve the appearance of the village for anyone passing or visiting.As well as giving the residents of Mure place an improved view. 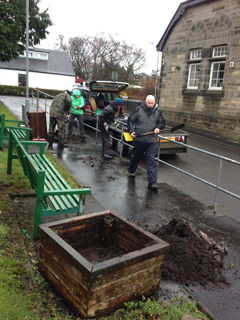 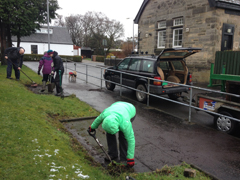 This site uses cookies. Some of the cookies we use are essential for parts of the site to operate and have already been set. You may delete and block all cookies from this site, but parts of the site will not work.